At the time of the 2008 summer program, May was a volunteer at Magen David Adom where she helped organize a meeting that sought to promote more respectful and understanding attitudes towards Palestinians. May studied film in school and had already created several short films by the time she arrived in Vancouver- some that have received national recognition. She aspires to be a film director because she believes that films can transform stories into meaningful experiences. She participated in Peace it Together because it gave her an opportunity to do that which she enjoys most, filmmaking as well as learning about the other side of the conflict. 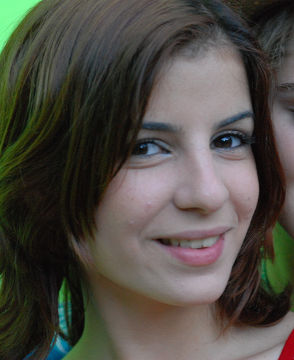