It has been two weeks since the ceasefire between Hamas and Israel went into effect, and peace-builders are regrouping to determine the best way forward to prevent more violence and to create a just, secure and sustainable peace.

How will this be possible in the aftermath of so much death, destruction and suffering, political and social division within both societies, and the recent announcement by Israel’s Civil Administration in the West Bank to expropriate almost 100 acres of West Bank lands for new Jewish settlements?

It is clear now more than ever, that peace-building programs must go beyond building relationships between adversaries. In order to be effective, programs must explore the systems that perpetuate the conflict, take on the barriers to peace, and prepare participants to take action.

Peace it Together’s Guiding Principles developed in 2013, call for ending the occupation and achieving security for Israelis, among other things.  They address issues such as rights to the land, security and justice, dialogue and action, and inequalities and power imbalances.  These guiding principles remain extremely relevant as a platform from which constructive peace building and social change can emerge.

Peace it Together has long been committed to tackling difficult subjects in our programs. Key issues like the occupation, security and freedom, settlements, violence against civilians, have been addressed by Peace it Togetherstaff, discussed during dialogue programs, and explored in some youth-made films. It is only through the deepening critical awareness and knowledge that participants can become motivated to work together constructively. 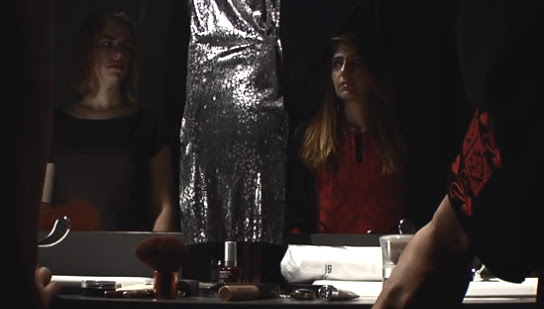 The drama Through a Glass Darkly (2011) and the docu-drama My Enemy (2008) are two such films.  In both films the adversaries contemplate the key issues that separate them, and then are drawn together.

Take five minutes and watch “Through a Glass darkly” now.

Click "closed captions" at bottom right for subtitles in Arabic or Hebrew.